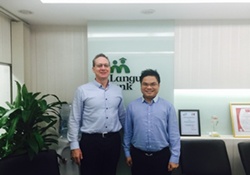 Our major finance deals include the followings among others:
– Acting for a Local Bank to release a loan up to 500,000USD. This includes analyzing risks of project, advising on mortgage, drafting loan agreement;
– Acting for a Local Bank to issue an offshore bank guarantee for capital contribution undertakings up to 1,000,000 USD. This includes analyzing risk of project, structuring the transactions, advising on mortgage, drafting guarantee agreement;
– Acting for a Foreign Bank to release a loan up to 4,000,000 USD. This includes reviewing and finalizing loan structure, mortgage agreement and loan agreement in line of Vietnam Law;
– Acting for a Local Company regarding to restructuring from Finance Company into Commercial Bank. This includes feasibility studies for the projects, studying legal frame of Vietnam, precedents and the Government opinions regarding the subjected matters;
– Supporting a non-government organization in studies of Strengthening the governance and management capacity of Vietnam Association of People’s Credit Fund (VAPCF) and Technical assistance to People’s Credit Funds (PCF);
– Supporting a Foreign Bank in studies for foreign currency policies of Vietnam. This includes advices on Vietnam’s Legal frame on Foreign Currency as well as short term and long term strategies of Vietnam Government regarding Foreign Currency. 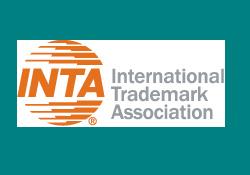 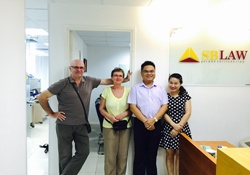 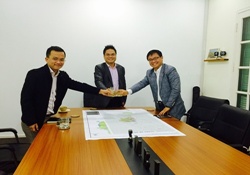 We are now IP Agent of MBank, Nippon Steel, VSTV, VTC, PVFI, MHY Singapore, Viettel, VIETNAM FUND MANAGEMENT, TVP STEEL, TIN NGHIA CORP, GELEXIMCO, KINHDO, DOMEXCO, MAY 10, KOVA, COMEXIM etc in Vietnam, Lao, Cambodia and Myanmar. In addition, we are also co-operating with our associated IP Agents in Australia, China, Germany, Hong Kong, Indonesia, Japan, Korea, Malaysia, Singapore, Thailand, UAE and USA to protect IP rights for clients in Vietnam and abroad.
Below are some deals :
– Acting for Mbank, VSTV, Ryukyu Cultural Technological Village Co., Ltd, KOVA etc for trademark registration in Vietnam, Laos and Cambodia;
– Acting for Ryukyu Cultural Technological Village Co., Ltd being a plaintiff in a case relating to Copyright Infringement over its hand-made glasses in Vietnam;
– Acting for VTC Online in negotiation with Sony Music Entertainment relating to use of music works in Vietnam;
– Acting for a foreign invested company being a defendant in a case relating to Copyright Infringement over software in Vietnam;
– Acting for a Local Bank to negotiate with its foreign partners on use of copyrighted art works in Vietnam for its commercial exploitation;
– Advising a Local Bank on Patent Protection relating to its software and business solutions in Vietnam. 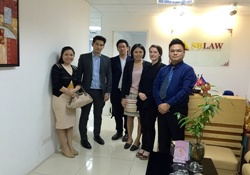 Our major deals include the followings among others:
– Acting for HTC Corporation – one of the fastest-growing companies in the mobile sector over the world – to review its software license contract applicable on its products.
– Acting for VC Corporation – a leading company operating in the field of internet and electronic trading of Vietnam – to obtain licenses for advertisement, setting up social networking websites and resolve disputes arise between administrators and users;
– Acting for Vat Gia JSC – the owner of well known electronic trading websites in Vietnam – to deal licensing matters with competent authorities;
– Acting for Pecesoft Co., Ltd – the owner of website chodientu.vn and ebay.com.vn to register its Intellectual Property Rights and set up a regulation on electronic payments;
– Acting for VTC Online to negotiate for music copyright license with Sony Music Entertainment;
– Acting for Global Data Services JSC in preparing and negotiating for agreement on co-location services to be entered with its Japanese Partner. 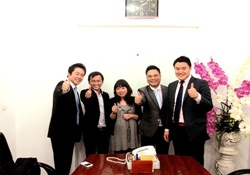 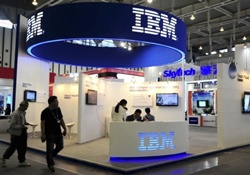 SB Law is proud to assist clients in negotiation, licensing and post licensing procedures for the establishment and operation of their commercial presence in Vietnam.
– Acting for Stalheim Industries Sdn Bhd to establish a joint venture company in Vietnam called as Innovar (Vietnam) Co., Ltd. Innovar (Vietnam) Co., Ltd is licensed to implement importation, exportation and distribution right of wood floor and related products;
– Acting for Nikken International Co., Ltd – a foreign invested company own by Japan Investors – for expanding business scope. Nikken International Co., Ltd is one of very first wholly foreign invested companies in Vietnam which were licensed to implement importation, exportation, distribution right and to lease constructional equipments in Vietnam;
– Acting for IBM Vietnam to consult authority agencies regarding to implementation of its investment projects and to realize its important business strategies in Vietnam;
– Acting for Metiseko International Co., Ltd – a Hong Kong Companies to setup a factory manufacturing textile and clothing in the centre of Vietnam;

Enquiry on setting up restaurant business in Vietnam

Amending the Investment Certificate regarding the change of legal representative of FDI company.

Legal notes about required actions after establishment of the company

How to set up company in Vietnam?